Banská Štiavnica is a picturesque and photogenic place during the winter, too. A narrow valley is crowded with churches, rich miners’ palaces and burghers’ houses, while small miners’ dwellings squat all over the hills and underneath. All these places are connected by romantic streets and footpaths with hundreds of stairs. You should not leave out the town’s promenade (known as korzo) – an elevated footpath called Trotuár or Ružová street. A beautiful view is worth climbing up a few more steps.

The tajchs of Štiavnica are loved both by the locals and visitors. Miners once built an unbelievable system of waterworks here. A network of sixty interconnected water reservoirs, artificial lakes called tajchs, supplied energy to a prosperous and thriving mining industry. Twenty-four of them have been preserved and harmonically blended in with the surrounding nature. People go walking around or even skating on them when they freeze. When standing on the St. Trinity Square (Námestie Sv. Trojice), you are just a fifteen minutes’ walk away from the tajch called Veľká vodárenská with its turquoise water.

Along with the famous Kalvária (Calvary), Nový zámok is a visual icon of Banská Štiavnica, unique in Europe with its rocket-like silhouette. At the time of Turkish raids into Slovakia, Nový zámok served both as a stronghold and a watchtower in the defence system of central Slovak mining towns. Today it is home to an exposition of battles with Turks, including a weapons and arms exhibition, and offers a splendid view of the wide surroundings. A Jewish cemetery is located nearby. 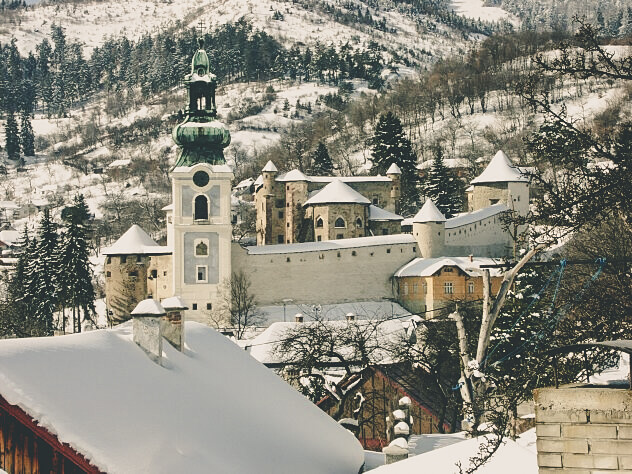 The heart of the town and a picture of its history in brief. The town’s first church whose impressive nave could hold more than 1,000 people. Due to its strategic position, it was first fortified, and later completely transformed into a fortress. Today you can find a pipe-making shop here, blacksmith’s exposition, an old torture chamber in the Himmelreich tower, and an exhibition of original statues from Kalvária. Make sure you find a time for a visit!

Kammerhof was created in the mid-16th century by connecting several burghers’ houses together. Gradual reconstructions gave rise to a building, impressive at that time, featuring elements of all architectural styles. It was a seat of an authority in charge of mines, iron and steelworks, and mints in central Slovakia. Current expositions in Kammerhof show information about the history of mining in Slovakia and the famous Mining Academy, and feature models of mining machinery and laboratory equipment. Terrific workshops for children are regularly held here.

The calvary of Banská Štiavnica is one of the most beautiful baroque calvaries in Europe. Situated on the Scharfenberg hill and visible from all sides, the calvary offers a great vista of the entire caldera of Štiavnica. Following its reconstruction, it soon became one of the most visited sites in the region. 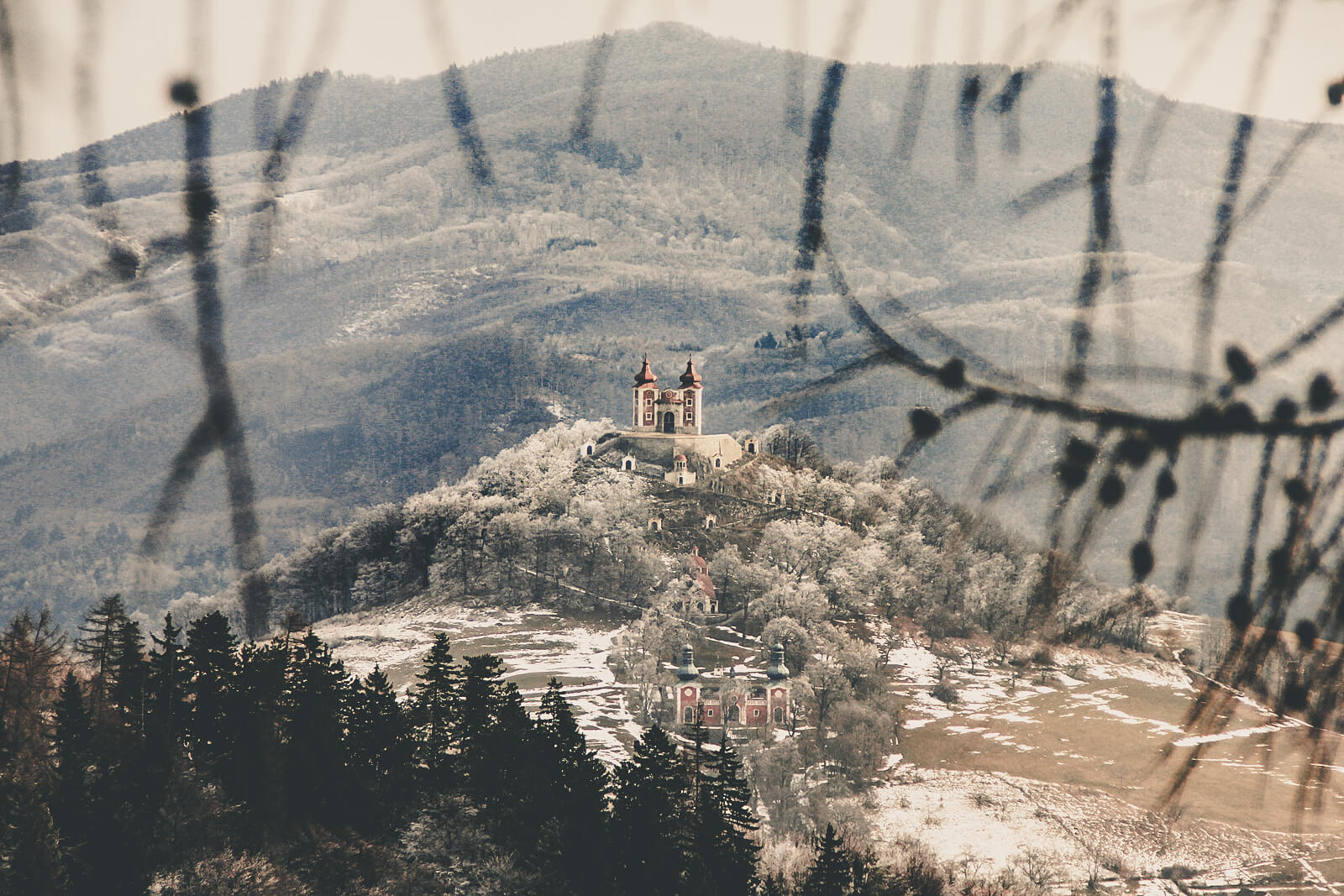 The late Gothic church of St. Catherine is one of the most beautiful churches in Banská Štiavnica. Its original altar was produced by an unknown local master. Paintings from the altar are scattered all over the world. The only painting from the valuable collection, the painting of the birth of Lord Jesus, can be found in Slovakia in a church in Svätý Anton, two statues from the old altar are displayed in the Jozef Kollár Gallery at the St. Trinity Square (Námestie Svätej Trojice).

Learn about new events and special offers.
You also get a chance to win a weekend for two.

Voluntary consent: This consent has been given on a fully voluntary basis. If this consent is to be given on behalf of a person under 16 years of age, the consent to the processing of Personal Data shall be given by his/her parent/legal guardian.

Withdrawing the consent: This consent to the processing of Personal Data for the specified Purpose may be withdrawn at any time by a written notice sent to the Controller’s address at DODDY spol. s.r.o., Zochova 3, 811 03 Bratislava, or by email to osobneudaje@salamandra.sk. If the consent is withdrawn, the Controller will no longer process the Personal Data for the specified Purpose, the Personal Data will be mechanically erased (destroyed) and will not be further processed in any database.
More information for data subjects concerning the processing and protection of personal data can be found here.